This coming Shabbat, the 25th of Elul, 5777 (September 16, 2017), is the anniversary of the creation of the world. According to Talmudic tradition, on the 25th day of the Hebrew month of Elul, God began to create heaven and earth. The month of Elul is a 29 day month, and if you count through the six days of creation, the 6th day of creation falls on the first of Tishri, which we call Rosh Hashanah (September 21, 2017). 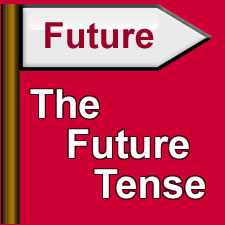 On Rosh Hashanah – the New Year – we commemorate the sixth day of creation, which is the day when Adam and Eve were created. It is for this reason that Rosh Hashanah is not a classic “calendar” New Year (it’s actually the first day of the seventh month), rather it is a day when we think about life, death and our existence as human beings. It is a day of judgment (Yom Ha-Din), and a day of remembrance (Yom Ha-Zikaron). Most powerfully, though, it is a day about the future, with the sound of the Shofar awakening us to contemplate how we plan on marching into our next year of life.

This week we are blessed with two Torah portions – Parashat Nitzavim and Parashat Vayelech – and both contain powerful expressions of forward thinking. Both are spoken by Moses, during the last few days of his life. Anticipating his own death, Moses chooses to spend his last days thinking about his people’s future.

At the beginning of Parashat Nitzavim, in a farewell address to the people, Moses says “Today you are all standing before God your Lord – your leaders, your tribal chiefs, your elders, your law enforcers, every Israelite man, woman and child…” (Deuteronomy 29:9). Quite an impressive audience Moses is addressing. Yet despite the diversity of who is present, Moses also turns his thoughts to those who are not present: “But it is not with you alone that I am making this covenant…I am making it both with those who are standing with us today before God our Lord, and with those who are not here with us today” (Deuteronomy 29:13-14). When addressing “those who are not here with us today,” who is Moses referring to? The commentator Rashi says “this is referring to the future generations.” In affirming the covenant between God and the Jewish people, Moses is reminding those who are present that they have the responsibility to think about future generations.

Not only then, but in every generation when this Torah portion is read, Moses’ words speak to the present generation and reminds them that a responsible Jewish community is not only about the here and now, but it is also about the future. Communities that heed to Moses’ words choose to invest in their future – in youth, in young adults, and in education. Such communities are not stuck in the past, nor are they simply living for today, rather they are setting the foundations for the next generation. Especially because it is so easy to get caught up in who is present – “tribal chiefs, elders,” etc. – the true mark of success in any community is leadership that can look beyond their present audience and concern themselves with “those who are not present.”

The future is also about training leaders, assuring that each generation will benefit from the wisdom and talents of select individuals who will lead and inspire them in a visionary fashion.

In Parashat Vayelech, Moses, who begins by saying “I am now 120 years old, and I can no longer be active” (Deuteronomy 31:2), stands before his chosen successor Joshua, “…and in the presence of all Israel, said to him ‘Be strong and brave, since you will be the one to bring this nation to the land that God swore to their fathers that He would give it to them” (Deuteronomy 31:7). Recognizing that his tenure as a leader is coming to an end, Moses stands before his people with dignity and grace, charging his successor to march forth and lead his people with courage. At the ripe old age of 120, Moses reminds us that one of the keys to the continuity of a community is leadership. What would have happened to the Jewish people had Moses not picked and trained a successor? The same thing that happens to any community that does not place leadership training as one of its top priorities: lack of direction and absence of vision. Rather than heading into the “Promised Land,” such communities often disappear into oblivion.

Sounding the Shofar stirs up many emotions within us. It makes us cry, it brings a smile to our faces, and it strengthens us with hope. In addition to all of these beautiful sentiments, may this year's sound of the Shofar inspire within us a vision to plan, build and invest in our future.