In current discourses on modern Israeli literature, the names Oz, Yehoshua and Grossman typically dominate the discussion. But how often do we hear the name Haim Sabato? Who is Sabato, and why is his writing often compared to Nobel Prize-winning Israeli author S.Y. Agnon? 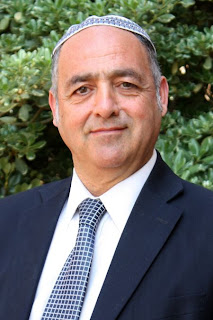 When I first met Sabato, the setting was not the typical book-lined study or corner table at the literary cafe. Instead, it was the beit midrash of Yeshivat Birkat Moshe in Ma’aleh Adumim, where he lives, studies, teaches Talmud — and writes novels.
Born in Egypt and descended from a long line of rabbis from Aleppo, Syria, Sabato is one of the most unique voices in modern Israeli literature. His writing is inspired by Agnon, whose stories he read as a child, and the similarities between the two are striking: Both are religiously observant, both employ a linguistic style that draws heavily from biblical and rabbinic Hebrew, and both tell their stories through a narrator who has a striking resemblance to the author.
But there are major differences, and Sabato pointed them out in — of all places — Beit Agnon (Agnon’s House), where he delivered the annual “Agnon Memorial Lecture” a few years ago.
“I followed in Agnon’s footsteps in immersing my stories in the traditional sources … but I felt a few layers were completely missing from his language. I wondered, where are the wordplays of the Sephardic kabbalists, what about the homiletics of the Aleppo scholars, the halachic terminology of Moroccan rabbis, the Aramaic translations of Yemenite Jews, and the Ladino scholars of Jerusalem who mix Midrash and Bible, dip it in Rashi, and create Ladino idioms? I was zealous for them, so their language not be forsaken and lost. Who will sketch their profiles, in their language?”
Sabato’s literary journey began with “Aleppo Tales” and, most recently, “From the Four Winds.”
But his second and third books are what distinguish Sabato as a great novelist. In these novels, he writes from a uniquely Sephardic perspective. He tells Israel’s Sephardic story, of immigrants and of scholars. He seeks to demonstrate how Sephardic Jews interacted with and ultimately integrated into the predominant Ashkenazic culture of Israeli society, all the while struggling to maintain their distinct culture and heritage. 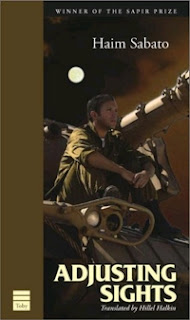 “Adjusting Sights” is a classic Yom Kippur War novel; based on Sabato’s own experiences, the narrator — Haim — tells the story of what happened to him and his childhood friend, Dov (a real childhood friend of Sabato’s), during that war. But beyond the powerful narrative of friendship, faith and the turmoil of the Yom Kippur War, Sabato’s story has a deeper message. In the beginning, Haim recounts his childhood as an immigrant from Egypt who now lives in the impoverished neighborhood of Beit Mazmil, just outside of Jerusalem (true to Sabato’s own story — which he returns to and expands in his fourth novel, “From the Four Winds”). Haim’s cousin, Shabtai, takes him out to play, and as the two sit on the side of the soccer field talking, they are suddenly surrounded by a group of boys from the neighborhood who shout, “Arabs! Arabs!” Haim bursts into tears, and it is a tough Sephardic boy — Momo and his “gang” — who rescues Haim and Shabtai.
“These kids aren’t Arabs. They’re talking Arabic because they’re new … no one touches them.”  But as much as Momo is Haim’s protector and he felt a kinship toward him, their life journeys are different. Momo, a Moroccan “tough guy” who knows how to pray and recites Psalms by heart, is thrown out of school for misconduct and resorts to the streets, the fate of many Sephardic immigrants in Israel. Haim is a young Torah scholar who befriends Dov, an Ashkenazi immigrant from Romania. The two go on to yeshiva high school and hesder yeshiva together. Although Haim bumps into Momo (now an officer) during the Yom Kippur War, it is with Dov that Haim shares a tank and fights the war. “Adjusting Sights” is a Yom Kippur War story, but beneath its layers lies the story of a Sephardic immigrant whose blending into mainstream Israeli society came during one of Israel’s most defining moments. 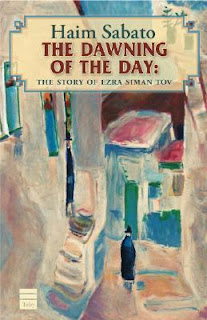 “The Dawning of the Day: A Jerusalem Tale” is Sabato’s ode to Sephardic rabbis and poets (something he began in “Aleppo Tales”). Set in the heavily Sephardic Jerusalem neighborhoods of Nahalaot and Mahane Yehuda, this novel features rabbis named Pinto, Hadad and Ventura, and characters named Tawil, Antebi and Mizrahi. But the novel’s main character is a laundry presser named Ezra Siman Tov, whose initials  —  E.S.T.  —  “could also be read as Ezra Sephardi Tahor — Ezra, a pure Sephardi.” Ezra is a Sephardic storyteller who becomes Sabato’s voice to the Ashkenazi world, including to Agnon: “There was once a great writer in Jerusalem. All Jerusalem took pride in him, both during his life and after his death. His fame extended throughout the world. At times, on his walks … he noticed a man with a shining face in the alley near the entrance to the synagogue. The man stood encircled by a group of people who were listening to him and were rapt with attention. The writer too began to listen and his eyes lit up … that storyteller was Ezra Siman Tov.” The irony is that in this scene, Siman Tov tells a Chasidic tale! This is Sabato’s brilliant way of telling Agnon, “I know your stories, but do you know mine?” Siman Tov and “the great writer” ultimately develop a relationship, a reflection of Sabato’s interaction with Agnon’s writings, or of the Sephardic writer who seeks to interface with Israel’s continuously Ashkenazic narrative.
The greatest difference between Agnon and Sabato is not only their ethnic backgrounds, but also their strikingly different outlook on life. Agnon’s novels are filled with cynicism and bitterness. Sabato’s novels are — in his own words — “filled with sparks of light, and instead of the bitter drop of fate [in Agnon’s stories], a hopeful dose of faith.”
Perhaps it’s time for Israeli society to re-evaluate its narrative … and its narrator.
Posted by Rabbi Daniel Bouskila at 12:22 PM No comments: