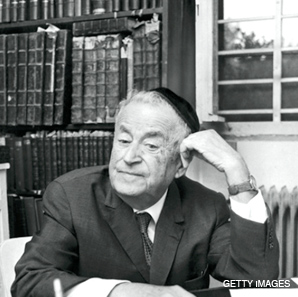 From where do we derive what is permitted and forbidden on Shabbat? Parashat Vayakhel-Pekudei (our double Torah portion this week) describes the construction of the Mishkan (Tabernacle) in full architectural detail. Every step is outlined, every piece of raw construction material is listed, and every artistic craft is spelled out. Just prior to all of this detail, Moshe gathers the entire community and introduces the instructions to build the Mishkan with the following commandment: “These are the words that God has commanded for you to do. You may work during the six weekdays, but Saturday must be kept as a holy Shabbat to God.”
Immediately following this reminder to observe Shabbat, Moshe then proceeds to describe the full instructions for building the Mishkan. From this juxtaposition of the commandment to observe Shabbat and the full details of the various labors needed to build the Mishkan, the rabbinic tradition derived that the prohibited labors on Shabbat are the very labors needed to construct the Mishkan. The rabbis read Parashat Vayakhel-Pekudei like architects and artists, breaking it apart into different categories and genres of labor. They derived a total of 39 forms of labor (or, more specifically, “creative acts”) needed to build the Mishkan, and they ruled that these 39 forms of labor are, in fact, the prohibited labors on Shabbat.
These labors are listed in the Mishnah (Rabbinic Laws), Tractate Shabbat , Chapter 7:2: “The primary labors (on Shabbat) are forty less one: Sowing, Ploughing, Reaping, Binding Sheaves…” etc
The sixteenth prohibited labor listed by the Mishnah is called “toveh,” which means “spinning.” The technical description of “spinning” is the act of twisting fibers (or threads) together to produce long threads.
The labor of “spinning” brings to mind a thought-provoking tale written by S.Y. Agnon, the 1966 Nobel Prize laureate from Israel.
The story is titled “K’neged Otam Shekov’im Yeshivot Shel Ts’chok V’Kalut Rosh” (Against Those Who Establish Gatherings of Laughter and Frivolity):
The story is told of a woman, who, every Shabbat, after she finished praying and studying the week’s Torah portion, would sit at home alone and spin yarn –so that she wouldn’t be sitting with her neighbors when they busied themselves with idle gossip. 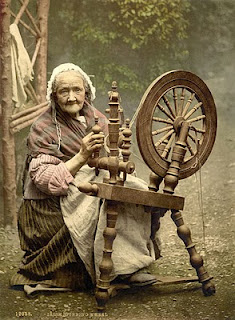 One Shabbat morning, Moshe Rabbenu was taking a walk. He came to the city of that very woman. He saw the Shechinah (Divine Presence) resting over one particular house, so he entered and found that one woman sitting and spinning yarn.
He said to her, “My daughter! Don’t you know that today is Shabbat?”
She said, “I know today is Shabbat.”
He said to her, “And don’t you know that work is forbidden on Shabbat?”
She said, “I know it’s forbidden to work on Shabbat.”
He said to her, “If so, why are you spinning?”
She said, “And what else should I be doing at this hour?”
He said to her, “You could pray, or you could read the commentaries to the Torah portion.”
She said to him, “I already finished my prayers, and I already read the week’s Torah portion.”
He said to her, “If that’s the case, then go and sit with your neighbors, and do not desecrate Shabbat.” So she stood and set aside her work and went to their company.
The following Shabbat, Moshe Rabbenu saw that the Shechinah (Divine Presence) was no longer resting above that same house. He entered and found that woman sitting with her neighbors, engaged in conversation. And what were they talking about? About this one who made for herself a dress worth so much, and that one whose husband bought for his wife a pearl necklace, this one’s son who cast his eyes on that one’s daughter, and the daughter who cast her eyes on another one’s son. And so it was: they sat and gossiped about frivolous things. When Moshe saw all of this, he said to the woman, “My daughter, return to your work and do not occupy yourself with such foolishness.”
Therefore, a person should always be very careful not to occupy himself with frivolous matters on Shabbat.
What message does Agnon convey in this bold and daring tale? What moral is imbedded in this creative interplay on Shabbat between, on one hand -- a pious woman who prays, studies Torah, and then chooses to sit at home spinning threads rather than hanging out and gossiping – and Moshe, God’s authoritative prophet and lawgiver, the ultimate symbol of Torah and Rabbinic authority?
Agnon challenges us to reconsider and expand the concept of Hillul Shabbat --“desecrating Shabbat.” Given the ugly damage that gossip creates in society, Agnon’s story posits that if God had to choose between the two, then God would most likely prefer for one to sit and spin threads on Shabbat than to sit on Shabbat and spin tales about others.
Posted by Rabbi Daniel Bouskila at 9:47 AM No comments: